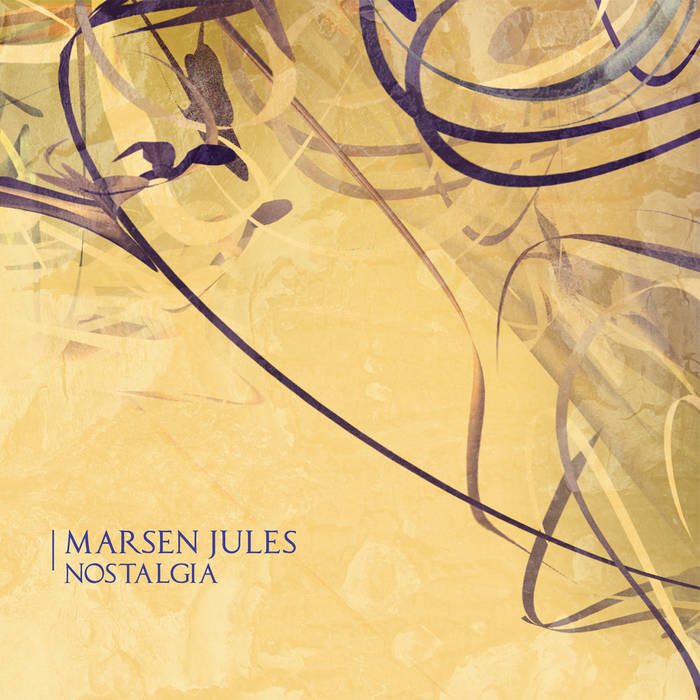 In 2005, Marsen Jules won over the hearts of many Ambient enthusiasts with his CD début "Herbstlaub", released on the prestigious Berlin electronica imprint City Centre Offices. By that time, it was mainly Wolfang Voigt and his famous Gas project who was associated with elegic variations of orchestral sound fragments. Soon after its release, "Herbstlaub" helped to shape the sound of many aspiring artists such as Rafael Anton Irisarri and Deaf Centre and was considered to be a kind of blueprint for the now popular Neo Classics-genre. With "Nostalgia", Marsen Jules now delivers the eagerly awaited follow up to "Herbstlaub", six years after its initial release. The eight tracks on the CD all have a strong taste of yearning and melancholia that picks things up where Jules left them on his last album in 2005. Ever more than before, orchestral elements are now the centre of the elegiac sound tableaus. These fragments allow the willing listener to get a small, but nevertheless intense glimpse into the unique sonic array that Marsen Jules is capable of creating. Desire, rebellion and mortality are the three central motifs that get explored over the curse of the 43 minutes running time. The opener "A Moment of Grace" transports the listener deeply into the musical universe of Marsen Jules by marrying fragile strings with sparse electronic elements. With its dramatic strings, the name giving track "Nostalgia" oscillates between stasis and motion, between rebellion and resignation. With "Shadow/Waltz" and "Endless Whisper Of The Old Brigade", Marsen Jules explores the darker side of his sonic continuum by painting ethereal, droning ambient soundscapes. After two dark and distortive tracks, the album finds back to its dreamier side with "Sweet Sweet Longing" and "Kunderas Dream". Finally, Marsen Jules releases the listener into a better, more peaceful world with the hauntingly beautiful "Sleep My Brother, Sleep". With his spherical compositions, "Nostalgia" offers the perfect soundtrack for windy spring nights for everybody only remotely interested in Ambient, Electronica and Modern Classical music. The album will be available in stores worldwide as of 06/06/2011 on CD as well as a digital download on selected platforms such as iTunes, eMusic, Amazon, Beatport and Boomkat.

MF DOOM is given his flowers, plus appearances from MC Jada Imani and Stanley Ipkuss